The below music, literature, film and theatre may not have been created or originally released during 2017, but it was only at some point during this year that I was able to see it, hear it or read it.

I’ve made a slight change to the list this year, only including material either already published or written up but waiting for publication on this website (as opposed to including to work consumed purely for pleasure, given to me as gifts and so on. Also, where two or more releases have achieved the same rating, I’ve listed them together, rather than trying to pic a specific title based on my genre preference or similar.

Please let me know what you think in the comments – and fill me in on what I missed that you loved.

“Sing Anyway places singing – or music – as the light at the end of a number of dark tunnels”.

“It is Clark’s writing, and more particularly her perspectives as expressed in her songs, that make her really stand out.”

“A soundtrack that’s so compelling you’ll likely want to start from the beginning again just to ensure you can reach the end anew.”

“Superior songwriting from an artist who crafts compositions rather than just combining a number of resources he happens to have at his disposal.”

“An impressive release that refuses to bow to market pressure but hits the mainstream mark regardless.”

“The real thrill for fans of any level of devotion would have come from the appearance of beloved anthem after anthem – from Truganini and Blue Sky Mine to King Of The Mountain and Dreamworld – all performed with a mixture of passion and wonderful musicianship.”

“The only thing more ridiculous than this story being made up is the fact that it actually happened, and the way it’s told here celebrates that bizarre occasion with a wonderful mix of undistilled glee and carefully observed sophistication.”

“This book is captivating, bewildering, funny, scary, worrying and – throughout – superbly written.”

“You will, if you’re sensible, be terrified by the phenomenon at the heart of the book and its potential for harm – to individuals and to communities at all levels, all the way up to first-world superpowers.”

“In among the guffaws and the posing and the non sequiturs and the bald-faced lies, there is also a connection to a man – El Blanco being a flawed, insecure, possibly quite dim man, but still – who it’s possible to care about, with that affection based on an appreciation of his commitment to his art and his honesty in presenting himself in all his wonky glory.” 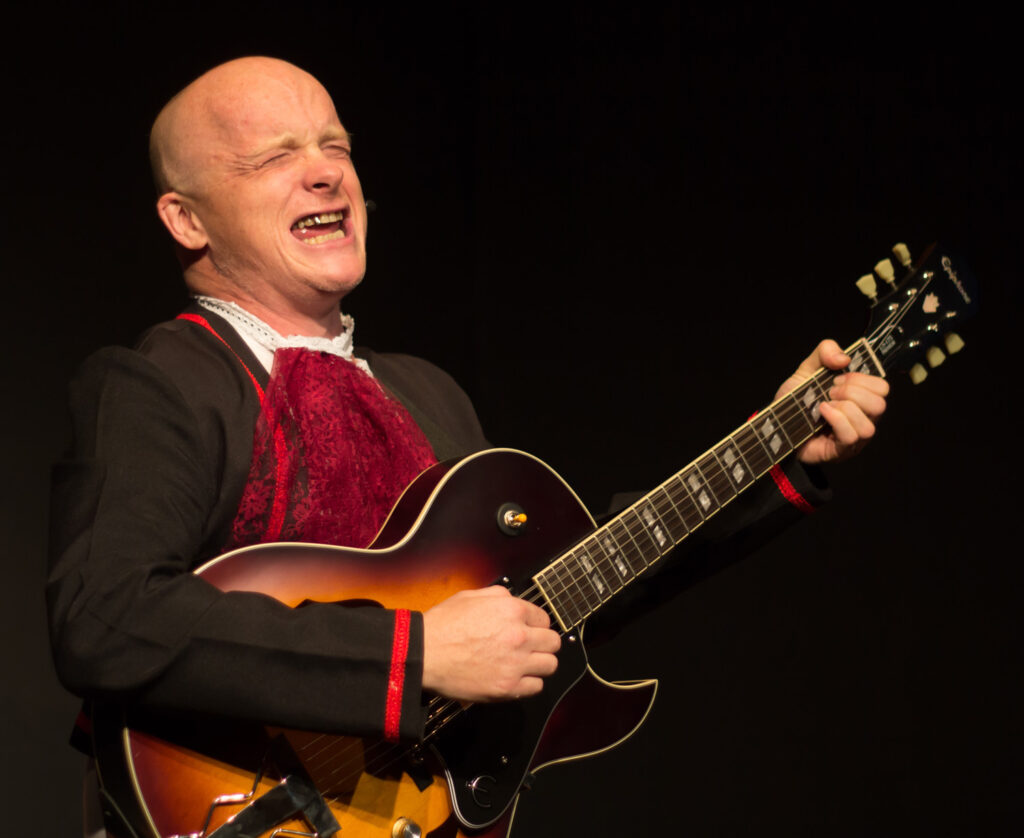 “This is an incredible piece of work, affecting and disturbing, funny and shatteringly sad.”

“Hilarious, desolate, brilliant and cutting – a compact slice of, whisper it, genius.”

If you enjoyed this content, please share it - thanks!
Previous Post Opinion: If A Tree/Artist Falls/Plays In A Forest/Basement Parkade And Nobody Hears It/Him/Her, Does Anyone Care? Next Post Opinion: Audience Etiquette, Or Don’t Talk, Spanky; It’s Not A Conversation

Theatre Review: Pay Back The Curry – Spice Of Life, Or Multiple Personality Distinction